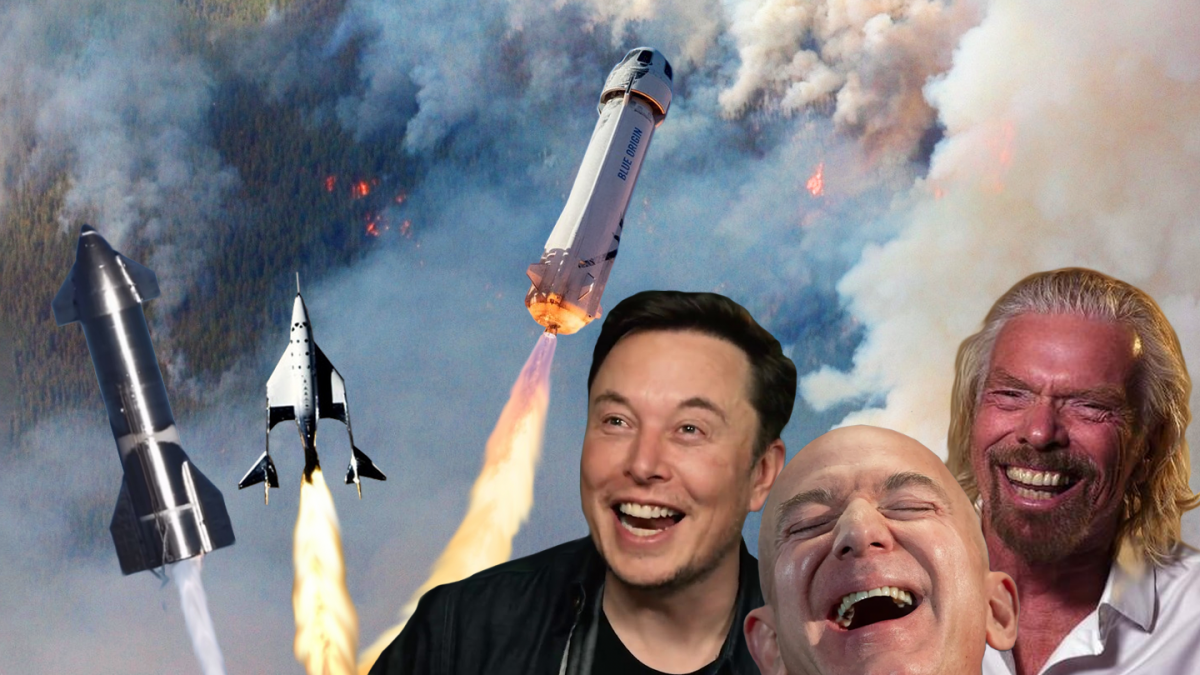 The billionaire space race shows the aims of billionaires extend beyond just fulfilling government contracts, with their own gilding of the space age, in extending capabilities and their own luster. Elon Musk has expressed excitement for a new space race.
SpaceX vs Blue Origin
SpaceX and Blue Origin have had a long history of conflict. Blue Origin and SpaceX have had dueling press releases that compete with each others announcements and events.
SpaceX and Blue Origin battled for the right to lease LC-39A, the rocket launch platform that was used to launch the Apollo moon missions. SpaceX won the lease in 2013, but Blue Origin filed suit in court against that. It is currently in the hands of SpaceX, while Blue Origin rented SLC-36 instead.
SpaceX filed suit against Blue Origin to invalidate their patent on landing rockets aboard ships at sea. They won their court fight in 2014. SpaceX had been attempting to land rockets at sea since 2014, finally succeeding in 2016, before Blue Origin ever even built a sea-going platform to land rockets onto.
SpaceX and Blue Origin got into a Twitter battle about the meaning of a used rocket, landed rocket, spacerocket, at the end of 2015, when New Shepard successfully landed, after a suborbital jaunt into space. SpaceX had previously launched and landed its Grasshopper rocket multiple times without reaching space. Then SpaceX landed a Falcon 9 first stage, which had been used to launch a satellite into orbit, prompting more Twitter battles at the start of 2016, such as Bezos tweeting "welcome to the club".
In late 2016, Blue Origin announced the New Glenn, directly competing against SpaceX Falcon Heavy, with a larger rocket but lower payload.
At the 2016 International Astronautical Congress in Guadalajara, Mexico, Blue Origin President Rob Meyerson elaborated on the Bezos vision previously outlined in the New Glenn announcement. The Blue Origin New Armstrong would be similar in function to the SpaceX Interplanetary Transport System that Elon Musk unveiled at the same conference.
In April 2021, SpaceX beat Blue Origin to a 2.9 billion dollar contract to build the lunar lander for NASAs Artemis program.
Blue Origin vs Virgin Galactic
Blue Origin and Virgin Galactic are in the same market, suborbital space tourism, with New Shepard and SpaceShipTwo, respectively. They are in a race to be first to launch paying customers on short spaceshots, with rival technological philosophies of space capsules and spaceplanes, respectively.
About Daniel Associates
DANIEL ASSOCIATES is catering to multitude of clients across 8 different industrial verticals. We specialize in consulting assignments and business research across high growth markets, cutting edge technologies and newer applications. Our fulltime/part-time analyst and SMEs at Daniel Associates are tracking global high growth markets following the Growth Engagement Mode. It aims at proactive collaboration with the clients to identify new opportunities, identify most important customers, write Attack, avoid and defend strategies, identify sources of incremental revenues for both the company and its competitors.
The new included chapters on Methodology and Benchmarking presented with high quality analytical info graphics in our reports gives complete visibility of how the numbers have been arrived and defend the
accuracy of the numbers.
We at Daniel Associates are inspired to help our clients grow by providing apt business insight with our huge market intelligence repository.
Contact: Daniel Associate
Email: info@danielassociate.com

So, Login if you're a member. if not, please register and become a member.

Not a Member yet?